The esteemed venture capitalist Tim Draper spoke to a group of college students a few weeks ago at the Thunderbird School of Managment and he said that if you can motivate crowds then you’ve got the foundation to a successful business. Period. He referenced Kickstarter and the new US jobs bill which allows people to promote stock sales as key indicators that the age of venture capital as the gatekeepers to startup success is gone.

This got me thinking. On the surface Draper is talking about crowdfunding, where millions of dollars are getting raised from donations and pre-orders from customers — for instance the Pebble watch which raised over $10 Million through Kickstarter last year. But, what Draper is really talking about is more rock n’ roll than that.

We are living in the age of punk rock entrepreneurship. 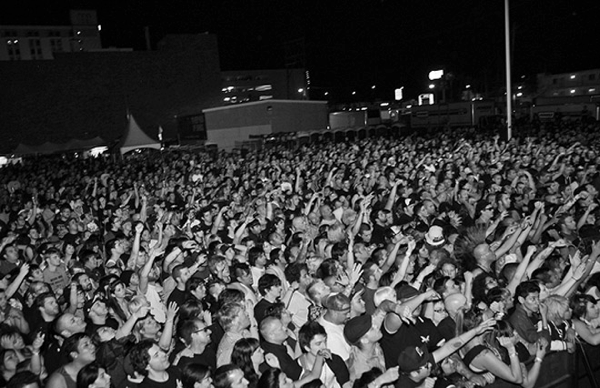 In the hyper-popular Lean Startup methodology of Eric Ries and Steve Blank, you always hear them talking about customer development and they tell us over and over to — “get out of the building and go talk to actual customers or potential customers.”

This is probably the most salient lesson to be learned from these lean methodologies because it goes against the sage on a stage model of Steve Jobs and other popular tech product launches. Starting lean is all about putting together what might best be described as a shitty, buggy and generally worthless tech product, and releasing it to potential customers as soon as possible, and constantly updating the product and releasing it in short batches over and over and over again until you find a sustainable business model. To me this is similar to punk rock. They make a shitty song, and then they take it to the clubs and tour with it over and over and over, playing night after night until they start nailing it and it becomes a fan favorite.

Lean startup methodologies make perfectionists quiver, and in fact they make most entrepreneurs quiver a bit at first because imagine it’s like writing a rough draft of a paper or a big TPS report that you owe the boss man or your professor. Lean development approach says that you should write that report and get it turned in two weeks before its due and start asking for feedback early and often. This is scary because your boss or professor will probably hate you for it because you’re making them read your shitty paper and tell you why it’s so poorly written, and this kind of feedback is scary and risky to say the least. But — so say the Lean Startup gurus — by the time you make all the corrections that the boss or professor told you about, you’ll end up turning in a perfect paper that is written exactly how they would have preferred. This is a secret that many brown-nosing goody-2-shoe types have known for ages, hounding the teacher for constant feedback, and guess what? It works. Those are the people with straight A’s who get promoted.

Back to music — consider that there is a musician noodling around on guitar until there’s some kind of nice harmony going on, but instead of finishing the song or developing lyrics, it would be as if the musician just went ahead and released his shitty, meaningless noodle noises to a few friends. Those friends tell him what they like, what sucks, and he takes it back to the woodshed and tries that much harder if he got terrible feedback. Over time, the friends start liking the song more and more, and over time, friends tell friends, and friends become fans.

Not only have recorded music sales been on the steady decline, but what’s more important is the steady increase in live music. It makes sense, right? A concert is a social experience where you can dance, throw glow sticks and experiment with drugs in the bathroom. A concert is a two-way street between the artist and the fans — it’s a dialogue. It’s always been there, but now there’s something like Kickstarter to monetize this swarm intelligence.

This metaphor gives us insight into the reality of lean development and lean startup methodologies that seem to be spreading like wildfire around the world. As a musician, you’re success depends on one thing — fans. That’s what the lean startup is all about, it’s about making art and doing it for the fans. It’s about playing live music — not staying in the basement for a decade perfecting your first professionally recorded EP, but playing in dive bars in front of a bunch of sweaty, drunk, sloppy, annoyingly discerning fans who stare at you with a critical beady gaze and seem to tell you with every glance that your music sucks and that you should stop playing altogether and get another day job. This is the lean startup in action. It’s putting your sloppy product out there and seeing if people start dancing to it. Which part of your concert makes people go to the bathroom or leave the bar altogether, and which part makes people get laid.

Discovering which songs get your fans laid and which songs make people leave the bar is like finding out which product features you should build upon in your startup, and which ones you should scratch altogether. Every musician writes a shitty song, but it’s part of being a musician. It’s being bold and fearless enough to get up on stage and play the shitty song that makes a true musician worth their salt. Same goes for entrepreneurs. What makes an entrepreneur more than anything is a willingness to fail and fail and fail again until you succeed. Eventually, you’ll get pretty good at playing music, and pretty soon, you’ll probably get a few fans who dig your tunes. Regardless — what separates real entrepreneurs from the rest is that we do it for its own sake. The best musicians don’t play music to get rich and famous, they do it for the art of it. They do it because they can’t do anything else. Entrepreneurship is quite similar to art in this respect.

At the end of the day, you have to decide why you’re doing what you’re doing. Personally, I play music to stay sane, not to get rich and famous. I do startups to be my own boss and create a positive impact in the world.

The artist’s job is to create something that other people don’t know they will like, and often we will all listen to a song that we don’t like at first….but then it grows on us, and we get into it and pretty soon we’re buying the album and recommending it to our friends. What at first seemed like a product that nobody wanted morphs into a product that finally receives the recognition that it deserves. The entrepreneur’s job is to create something that other people need — maybe they know they need it, maybe they don’t know yet. The best way to do either art or entrepreneurship is to practice, iterate, share, get feedback, constantly evolve, and do it for the love of it.

My point with all of this is to say that entrepreneurship is getting more social, more live, more real-time, more experimental, more sloppy and dirty, more like punk rock. That’s what the lean startup movement is truly about. It’s just a fancy way of teaching a new generation of rock stars how to be, well….better rock stars.

Neil Young recently said that being an artist requires us to do what we do for its own sake,” If it doesn’t work out, “ he says, “I’m sorry; I’m just doing what I do. You hired me to do what I do, not what you do. As long as people don’t tell me what to do, there will be no problem.”

This could be the key difference — as an entrepreneur, we want to be our own boss definitely, and most of us share the same longing for artistic independence as rock stars, but in some ways we’re actually begging people to tell us tell us what they need, what we should build for them. As long as people tell us what they need, there won’t be as many problems. The bottom line is that a world with fewer problems and more art is a much better world, and whether entrepreneur or artist or both — do what you do for its own sake and don’t look back. 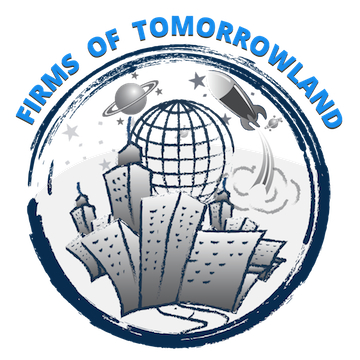 About Me
Creative serial-entrepreneur and executive producer of impactful innovation, committed to making big ideas come to life that bring us together and make us better in the service of humanity. Enjoy surfing Centaurus-A and long walks through the Redwoods. This is my personal blog. Broadly speaking, if you’re interested in harnessing mindfulness, creativity, innovation and entrepreneurship and/or building future realities – welcome!
Copyright © 2020 · brinkleywarren.com